“As music festivals go, one of the best in the region!” Gulf Coast Newspapers 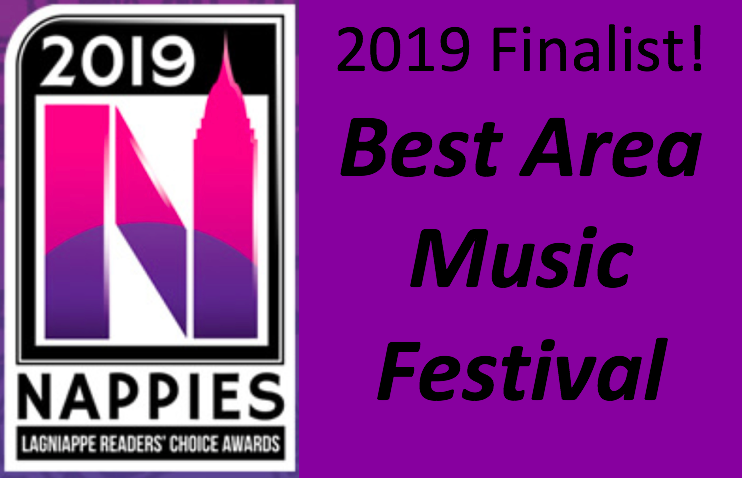 Stapleton Sets the Stage for Bluegrass

Featured in the North Baldwin Chamber of Commerce Newletter – May 2000

Written By Sommer Cotton with information provided by Bill Stough

For almost two decades, the citizens of Stapleton and visitors from surrounding areas have enjoyed Bluegrass music, arts & crafts, and food at the Stapleton Bluegrass Festival.  Most visitors to the area do not know the history behind the festival – they just know that it provides a safe family environment where adults as well as children can enjoy a day of fun and good music.

In 1983, citizens gathered at the Stapleton Volunteer Fire Department to enjoy Bluegrass music while raising funds for the Fire Department.  After seeing the success of the fund-raiser, Bill Stough, along with Betty Stough, Rothel and Ethel Goram, Royce Jerkins, Bubba Wiggins, and other caring citizens formed a committee to build a community park.  The goal was to develop a central location where children could play, families could picnic, and citizens could enjoy music and entertainment.  Since lively folk music was popular to the Stapleton area, the committee decided to raise funds by holding a Bluegrass Festival.

May of 1984 marked the official beginning of the Stapleton Bluegrass Festival followed by the second festival in September of the same year.  The 1984-1985 festivals were held at the Volunteer Fire Department, and by 1986 the committee had raised enough funds to clear the land, build a stage, and begin holding the festivals in the new Stapleton Community Park.  Since 1986 the committee has continued the semi-annual format, and the money raised is dedicated to the maintenance and expansion of the Stapleton Community Park on Baldwin Avenue.

The Stapleton Bluegrass Festival brings many talented entertainers, from visiting professionals such as Jody Payne, who toured with Willie Nelson for over twenty years, and Brownlee Green, who played with Patsy Cline, to local artists such as The Unknown Bluegrass Band and Down Home.  Along with continuous Bluegrass music, festival goers can visit over twenty arts & crafts booths, enjoy a variety of foods, and play children’s games. 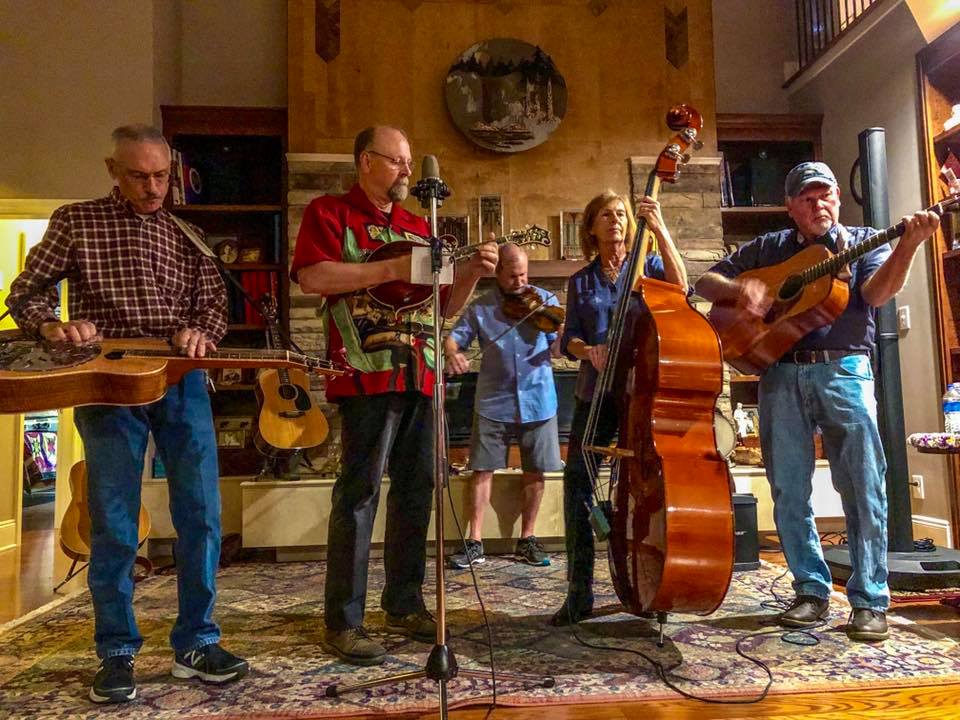 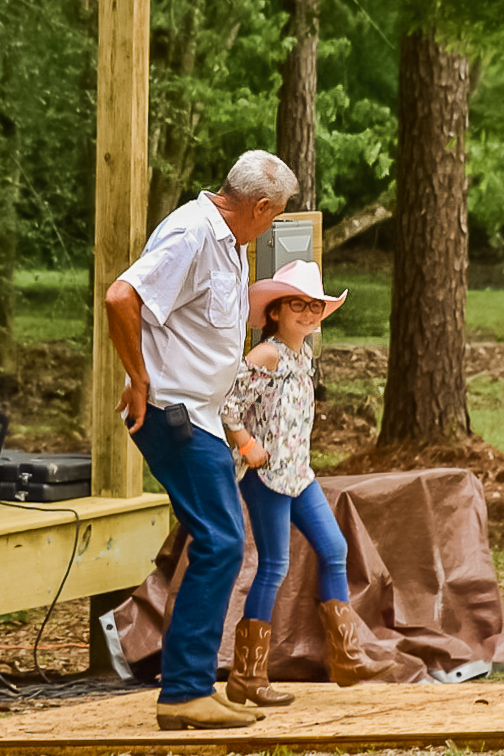 Whether it’s blankets, lawn chairs or beach chairs, be sure to bring your own seating! This is an outdoor event so no seating is provided.

Also, no outside food, drinks or coolers will be allowed at the festival. 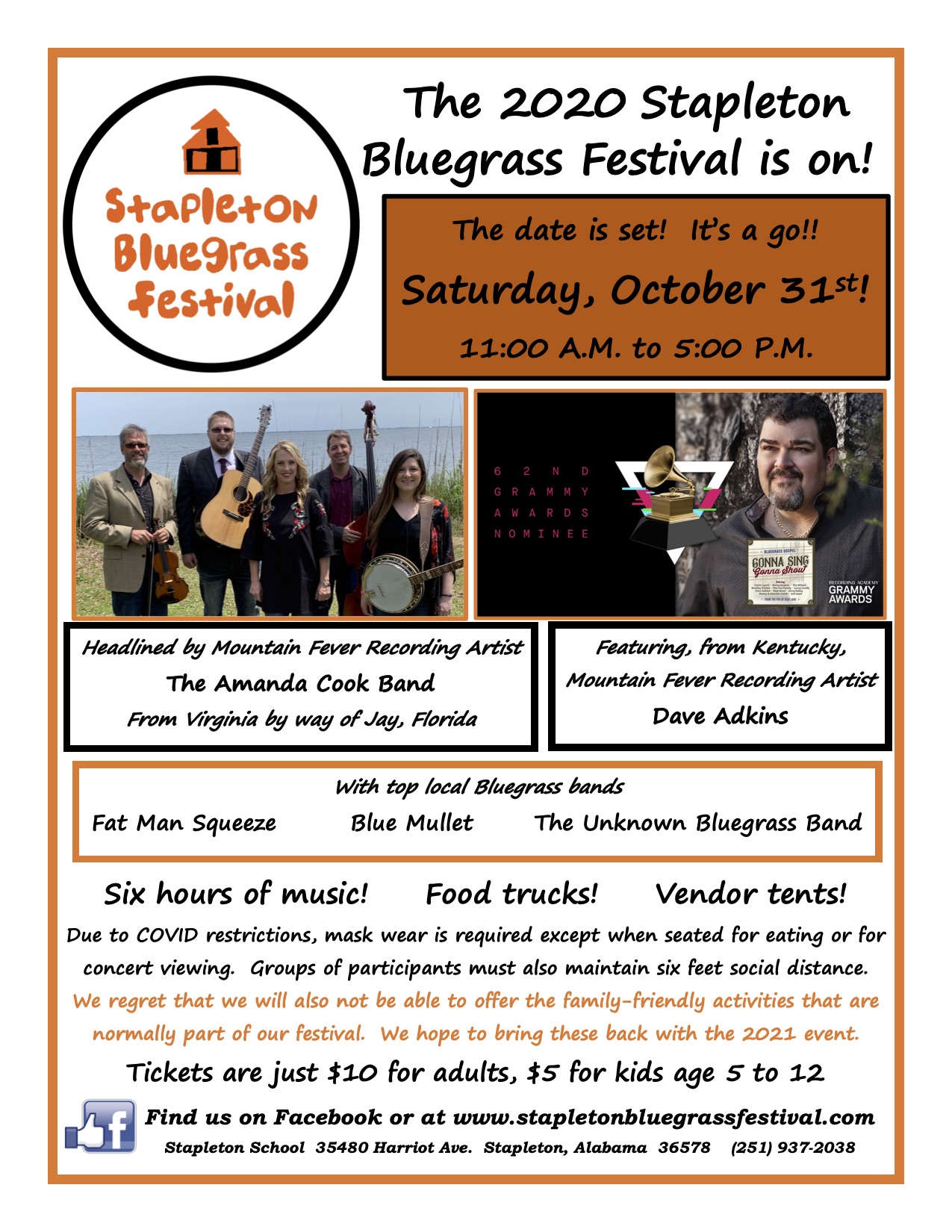